Here are some examples of traditional home styles that can still be seen in small towns or in the undeveloped, remote suburbs of larger cities.

Are you looking for 2bhk rent flats in taloja?

The Indian cityscape diverges more and more from the great works of the past every year. Most of these classic home styles can still be seen in villages or, less frequently, in remote, undeveloped outskirts of cities. If you’re looking for a home or apartment, you might be wondering where those lovely houses have gone and whether there’s any possibility you can buy one or persuade your architect to include a little bit of vintage India into your residence. Although it is still a possibility, I’m wondering as to the nature of and origin of these designs. 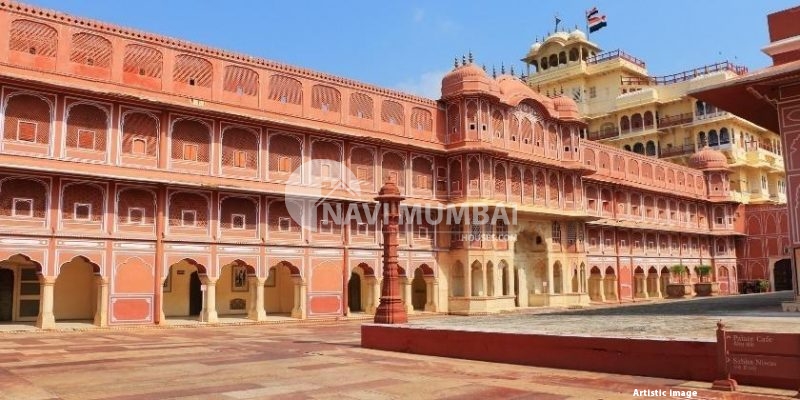 The Havelis are a must-see when one comes to Rajasthan, a colorful state. In the colours, carvings, and general appearance of the property, there is a superb fusion of Hindu Rajput and Mughal architecture. Jharokhas, chattris, baodis, jaalis, and johad are some of the distinctive and alluring architectural shapes that Rajasthani craftsmen created by fusing several architectural traditions. Such buildings are now a draw for tourists and transient visitors who come to Rajasthani cities and are mesmerize by the detailed work in these lovely buildings.

The opulent Marwari’s of Rajasthan made the haveli a popular choice, but the word “haveli” actually comes from the Persian word “hawli,” which denoted an enclosed space. The courtyard was one of the Havelis defining features. Some Havelis even had two courtyards, with the inner, more private spaces being utilize by the women while the outer one was designate for the men. One benefit of having these courtyards is that they were light and airy, and given Rajasthan’s dry and hot environment, courtyards in Havelis provided a cool place for occupants to unwind.

Sandstone, marble, wood, plaster, or granite can all be used to make havelis in a variety of combinations, but the craftsmanship is what these Rajasthani traditional homes are known for. These Havelis always had opulent exteriors. Additionally, the carvings provided sufficient shade across the property and made sure it never got too hot. The jharokhas added a beautiful touch.

Have you ever observed how closely spaced between the Havelis of the past were from one another? It performed two functions: first, it provided enough shading; second, it allowed various households to interact without leaving their homes.

The number of family members determined how many floors a haveli should had. As was customary at the time, combined families occupied the majority of traditional dwellings.

There are many regions in Rajasthan with these haveli home designs. 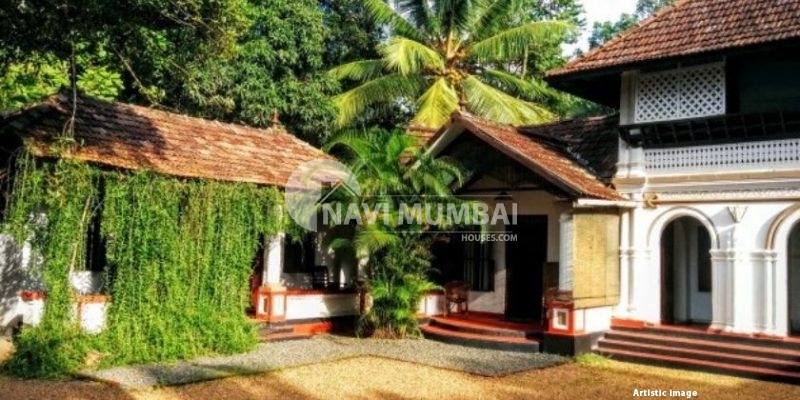 Even now, the architecture of Kerala is beautiful. However, Kerali residents love to restore old dwellings and the fashion of the past. The steep roof, which could endure heavy rains, lofty pillars, expansive courtyards, and gable windows were a few of the features.

Raw materials were typically source from nature. As a result, you’ll frequently see wood, stone, and clay being used in traditional Keralan homes. Another characteristic was the number of kettus, whether it was a pathinarukettu (a sixteen-block construction), an ettukettu (an eight-block structure), or a nalukettu (a four-block structure). There were more blocks, depending on the wealth of the owner and the area of the plot he possessed. 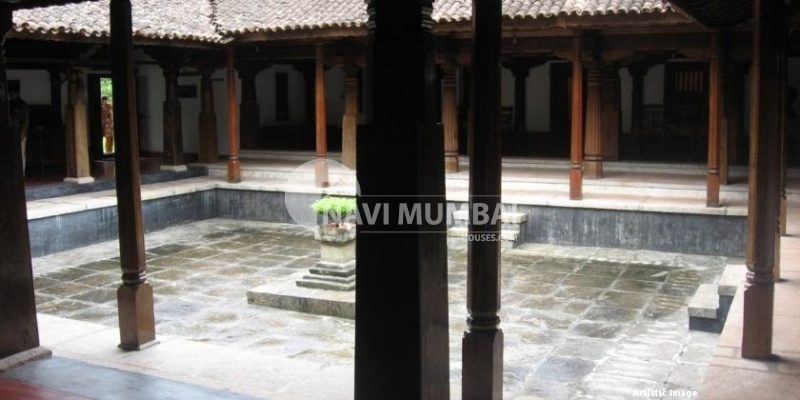 The padippura, a roofed entrance to the home, the poomukham, or entrance verandah, which had a sloping tiled roof with pillars, and the chuttu verandah, which joins each side of the building, were additional important elements. A charupadi is a piece of furniture in the verandah where you may sit and take in the view. It was frequently a gathering place for families to interact with visitors or other families. A pond or ambal kulam was also present in every traditional home at the end of the chuttu verandah.

There was typically a courtyard in the centre of the home. The land was divide into four sides by this open space. To allow for natural air filtration, many families preferred maintaining the tulsi plant in this location.

Keralans and art are inextricably link, as seen by the way traditional homes there display mural art, the majority of which feature mythological tales.

Kerala is renowned for its stunning architecture, as well as for its distinctive modern and traditional home designs. 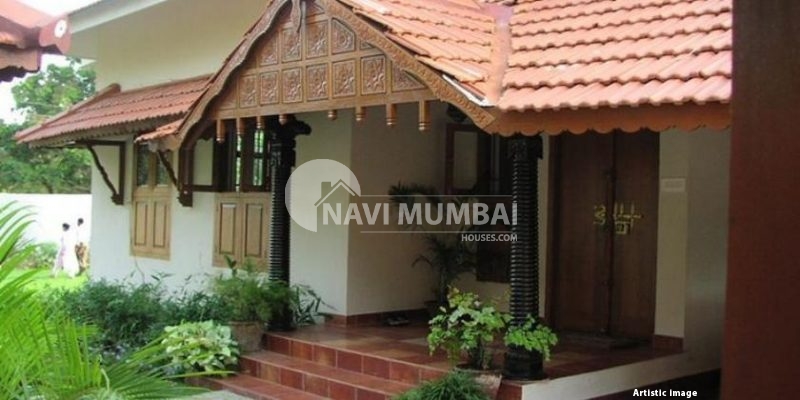 Traditional South Indian architecture is sometimes equate with the Agrahara-style neighborhoods seen in the state of Tamil Nadu. These Agrahara, or Agraharam, Brahmin houses are regard as a standard example of its architecture. And represent the ancient Tamil house, which highlights the state’s predominantly Hindu roots. The term apparently comes from how these homes were arrange in a village, which resemble a garland. It consists of houses arranged along a roadway leading to the village’s main temple, either one at either end devoted to many deities or one at the centre dedicated to a single deity.

Every home had a large front verandah or a thinnai that wrapped around the house where you could unwind or socialize away from the heat of the day. The thinnai’s terracotta roof was support by huge, elaborate wooden pillars. It’s interesting to note that while terracotta is now widely used. At first it was a luxury that could only be afford by the wealthy with a royal permit. The more modest thatch roof was used by other households. The entrance door, which is typically elaborately carve, is the most ostentatious element in any of these homes and a characteristic that has persist to this day. These traditional house plans also have red oxide-coated floors, which are renown for keeping rooms cool even during the hottest months.

These Indian homes demonstrated that passive design may preserve the ecosystem while providing a cool interior environment regardless of the external environment. Heat was keep at bay by the thatch or tile roof, and insects were kept at bay by the antiseptic characteristics of the sun-bake brick or mud walls. Mats made of bamboo were weave and used as walls or as places to sit. Due to the fact that the majority of the town participated in the construction. The culture surrounding these lovely homes was communal. Carpenters worked on the ornamental pillars and doorways. As well as the restriction against felling trees outside the owner’s property without the consent of the town elders. While the potters made the terracotta tiles, the local blacksmiths were contacted for the hinges and other tools. This effort produced a gorgeously constructed piece of architecture that is still standing and continues to inspire people.

These traditional Tamil Nadu home designs can still be found in rural areas and sporadically in a city’s neighbourhood. 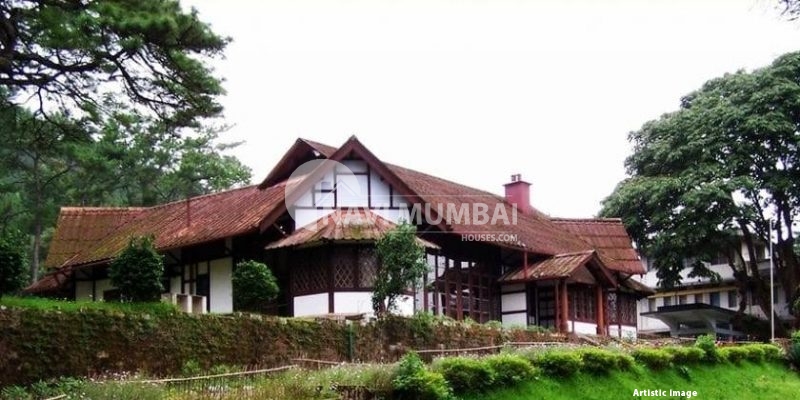 The Assamese were concerned about the seismic activity, whereas Tamilian architecture was center on the heat. The word “lightweight” should be keep in mind above all else. These adorable small dwellings had a maximum height of one story and were made of materials like bamboo and wood. With thatch or metal sheets used for the roofs. In fact, the reeds used in the walls gave these Assam-style homes their name, Ikra. This technique has been use for more than two centuries. With contemporary tools being add along the way to produce the quaint homes the state is famous for. 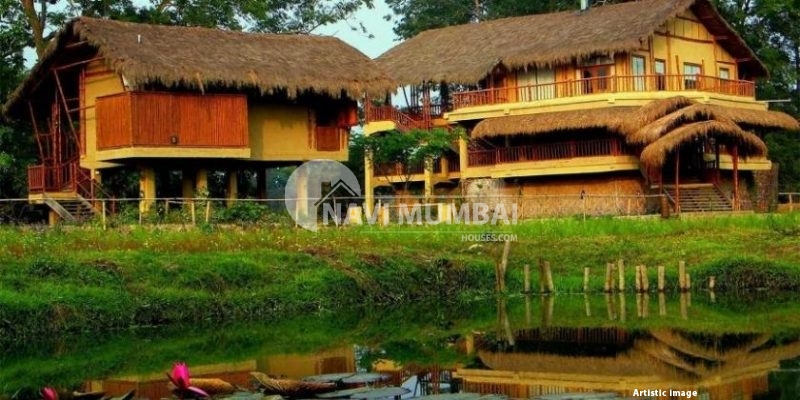 The Chang house, which is probably what comes to mind when you think of the North-East, is the most well-known architectural style. These ancient home styles, which are mainly found in mountainous areas. And have bamboo walls place on stilts, were motivate by the regular flooding and landslides. Due to the risk of earthquakes, most homes are one story height.

With open areas for seating at both ends, these houses are also incredibly social constructions. The majority of these Indian house plans have front gardens where some families grow some of their own food. In this culture of mixed families, the kitchen is typically at the centre of the home.

Assam’s architecture combines a range of styles, giving the impression that it is distinct. 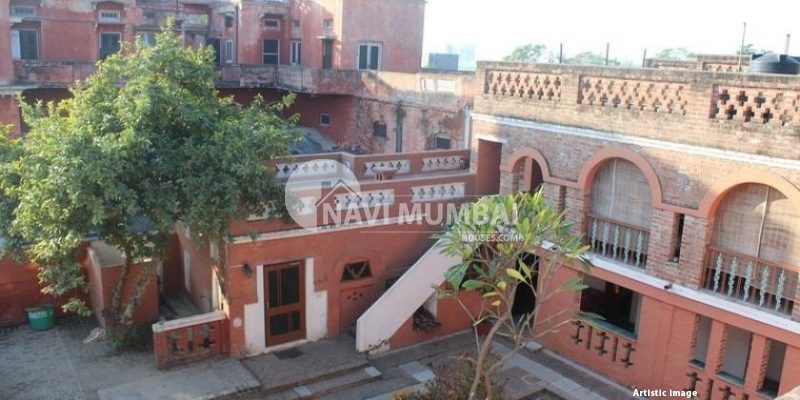 Bollywood movies love to feature traditional Punjabi households. These houses are build in a rustic yet elegant style and centre on an agricultural, joint family culture.

The courtyard, where celebrations and pujas take place, is the primary distinguishing feature of a Punjabi traditional house plan. Some of these Indian house designs also include doors leading into the yards of their neighbours. 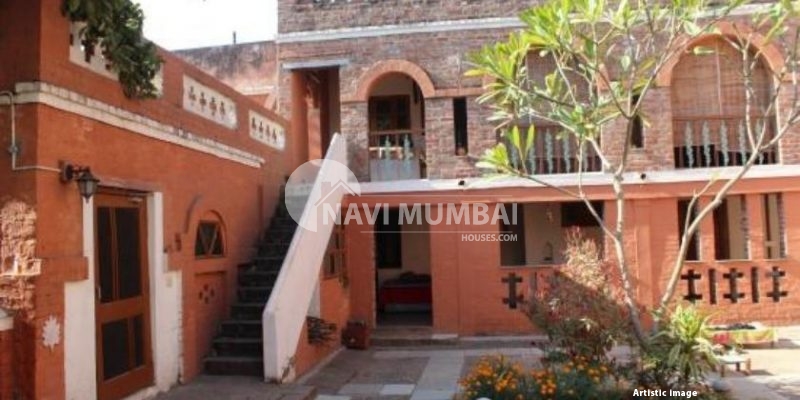 These dwellings are made completely of bake bricks and have wooden doors, making them perfect for the oppressive heat. The only element that hasn’t been carried over to the urban version is the cow enclosure, which is typically locate in the courtyard. The baithak, or living room, serves as the focal point for family interactions and is furnish simply with charpais. The courtyard and a door that leads to the street are located off of it. And all other rooms are located lateral to it. The majority of daily female socializing and domestic tasks are done on the verandah that runs the length of the house. All of this is conceal behind a boundary wall that has baked cracks in it. With lovely painted doors opening onto the street or the house next door.

The architecture of Punjab is constantly changing, with new constructions and resurrected older home types. 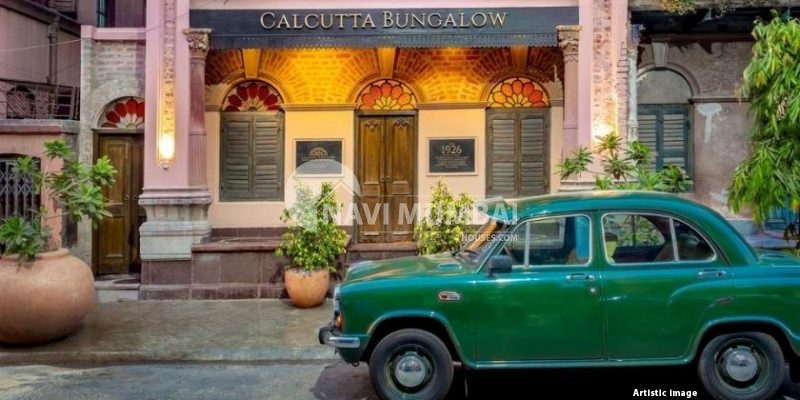 The ever-popular bungalow has its origins in colonial Bengal. Where the British made sure that European and Indian design was combine in these homes and was create and continued. Once again, the colonial officers exploited the spacious verandah of these one-story homes as a haven from the summertime humidity of Bengal. As the majority of the structures constructed during this time period imitated the colonial-era house designs. Simple Corinthian columns ran along these verandahs.

The Vrundavan or tulsi plant was place in the centre of the huge central courtyards, or Aangals, that surround these residences. A puja mandap with apses hidden beneath elaborate arches, where the idols are put, runs along one side of this courtyard. The women’s pavilion, a balcony from which women might observe the activities of the street below, is typically place next to this. The Zenana, or female quarters, is located on the last side of the courtyard, a distance from the living room, along the other side of the courtyard from the bedrooms. Along with the verandah, the living room served as a place for officers to gather and entertain guests. 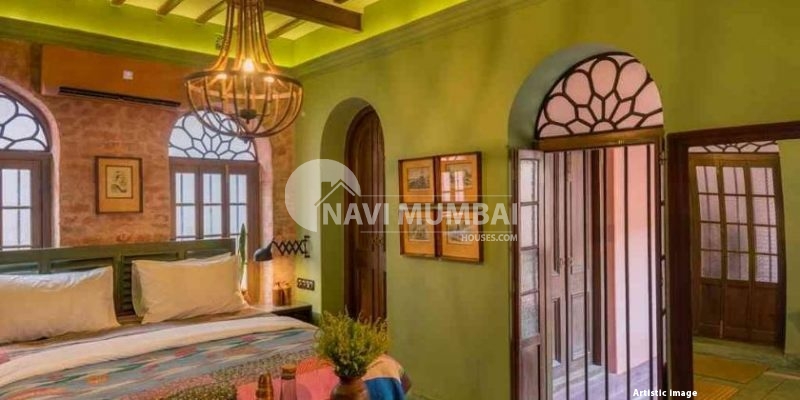 The interior was furnish with elaborate four-poster beds with canopy curtains drape over them. As well as tables and chairs made of carve sandalwood, while the walls were cover in artwork. The gardens were also very large and meticulously kept, with lovely fountains and birds scattered around them.

If you’re unsure of your house’s architecture, stick with the time-tested Indian arts and designs. Create the home of your dreams with a classic house plan that provides a visually appealing way of life. Choose your preferred option for a traditional home style.

Traditional architecture in Kolkata is well known for its elaborate and exquisite house designs.

Disclaimer: The views of this expressed above are for informational purposes only based on the industry reports & related news stories. Navimumbaihouses.com does not guarantee the accuracy of this article, completeness, or reliability of the information & shall not be held responsible for any action taken based on the published information.
Tagshome designsInspirationaltraditional Indian home designs
Back to top
Also Read