Everything about Model Tenancy Act

Model Tenancy Act: The proposed model tenancy law was approved by the union cabinet on June 2, 2021. A decision that is expected to implement numerous reforms and restore the rental housing industry in India. Examine the Model Tenancy Act 2019’s proposed solutions for this issue so that the supply-demand gap can be closed.

Are you looking for diva 1 bhk flat price?

The Act has implemented a number of steps to increase rental housing. Including tightening laws and making it profitable for landlords and tenants.

The 2019 Model Tenancy Act will create a “Rent Authority.”

States could establish rent authority in cities along the lines of the Real Estate Regulatory Authorities that have been established under the Real Estate (Regulation and Development) Act, 2016. Following its creation, landlords and tenants would need to go before the authorities to record the rental agreement. To keep track of all the information it gets in the form of rental agreements. The authority would create a website.

According to the policy document, “No member shall, after the enactment of this Act, let or take on rent any property except by an agreement in writing, which shall be notified to the rent power by the tenants and landlords jointly, in the form specified in the first timeline, within a period of two months from the date of agreement.”

To resolve issues arising under the Model Tenancy Act, rent courts and tribunals

After the establishment of the rent courts, problems involving rented accommodation would not be subject to the jurisdiction of civil courts. Only the rent court and no other civil court—aside from the rent authority’s jurisdiction under Section 30—shall have the power to hear and decide petitions relating to rent disputes between landlord and tenant,” the Act states.

To avert tenants who stay too long

Tenants who remain after the rental agreement expires will be require to pay the landlords double the rent for the first two months and four times the fee for the following months.

In accordance with the model policy, if renters don’t pay the rent for two consecutive months, landlords may ask the rent court to evict them.

Tenant subletting must be stop

The tenant is not permit to sublet the entire rent space or a portion of it without the landlord’s prior consent.

Landlord’s involvement must be stop

Many people who live in rented homes lament the fact that their landlords can enter their properties whenever they like. The regulation mandates that landlords must provide a written notice, 24 hours in advance. Before visiting the property in order to prevent this from happening.

To limit the amount of security deposit that landlords may request

Tenants are require to provide a security deposit equal to at least one year’s rent in places like Mumbai and Bengaluru. States that enact the regulation would prohibit landlords from requesting a security deposit greater than two months’ worth of rent.

Maintaining the building’s structural integrity is the landlord’s responsibility.

Although the regulation stipulates that both parties will be responsible for maintaining the physical condition of the rental property. The landlord will be liable for structural repair.

MTA will have a Future Character

According to housing and urban affairs secretary Durga Shanker Mishra on July 21, 2021, the Model Tenancy Act. Which was pass by the union cabinet in June 2021, has been ask that states implement it as soon as possible.

The Model Tenancy Act is being promote as a reform that will increase demand for rental housing in India. However, asserted that because the tenancy law is prospective in nature. All disputes involving rental agreements will be resolve in accordance with the previous laws of the relevant states.

The terms of this Model Tenancy Act expressly state that even when the previous rules are repeal. Any problems involving existing rental agreements will be handle in accordance with them.

MTA is Currently only Used in 4 States

The Modal Tenancy Act’s provisions have only been adopt by 4 states in the Union of India: Tamil Nadu, Assam, Uttar Pradesh and Andhra Pradesh, the Rajya Sabha was inform on July 25, 2022. More than a year has passed since the federal government asked the states and union territories to either change their current laws or enact new ones to bring their rental regulations into compliance with the MTA.

On July 25, 2022, Kaushal Kishore, the minister of state for housing and urban affairs. Responded in writing to a question from BJP MP Ashok Bajpai, stating that the states of Andhra Pradesh, Tamil Nadu, Uttar Pradesh, and Assam have updated their tenancy laws along the lines of the MTA.

The minister added that the modal law aims to provide a transparent and responsible environment. For the orderly and effective rental of properties. While balancing the rights of tenants and landlords.

In July 2019, the Housing Ministry released the proposed model tenancy law. The cabinet approved the Modal Tenancy Act on June 2, 2021. The document was distribute to all states and union territories on June 7, 2022. For adoption by way of either implementing new legislation or changing existing rental laws.

The modal law, which is expect to revolutionize India’s rental housing industry, pledges to protect both tenants’ and landlords’ interests equally.

After the law was approve by the cabinet. The rating agency ICRA had stated that it “attempts to address some key areas of conflict. Among groups in tenancy agreements by bringing about those kind of important changes. Including the formation of a rent power and the mandatory requirement for a written original lease and register of the same with the authority.”

Disclaimer: The views of this expressed above are for informational purposes only based on the industry reports & related news stories. Navimumbaihouses.com does not guarantee the accuracy of this article, completeness, or reliability of the information & shall not be held responsible for any action taken based on the published information.
TagsModel Tenancy ActTenancy Act
Back to top
Also Read 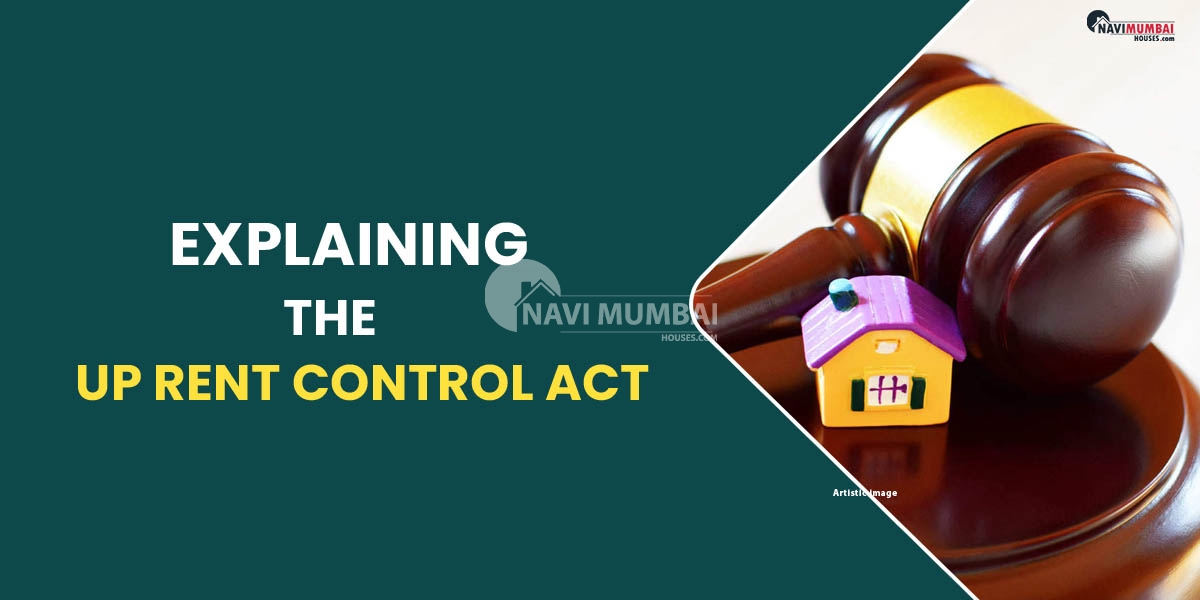 Explaining The Up Rent Control Act