Mumbai Metro: Everything You Need to Know

A mass rapid transit system called the Mumbai Metro was established with the goal of ensuring seamless connection throughout the Mumbai Metropolitan Region (MMR). Along the 357 km total projected length of the metro, 286 metro stations have been planned. 99acres sheds light on how the project would enhance the city’s connectivity and real estate growth.

Are you looking flats for sale in mahim?

Mumbai Metro, which is being planned in three phases over a 15-year period, will perhaps ease the burden on the city’s current suburban train system and help with the cities chronic traffic jams. The metro system will include fourteen metro lines once it is finished by its deadline in October 2026 plus an additional Lite Line (with less capacity). The majority of the route will be elevated, with only a small piece at grade, and about 24 percent of it will be underground. Mumbai Metro has an estimated average daily ridership of roughly 4.5 lakh passengers and is growing in favour among the populace.

Bandra-SEEPZ, the first segment of the much-delayed Maha Metro Line 3, is anticipated to be finished by January 2024. Due to problems with the civil and electrical construction as well as a lack of space for a metro car shed, the first underground metro line has been delayed. The project’s original completion date was 2021. The first subterranean metro, however, won’t be ready for use until 2024.

Three metro lines are now in use, eight are being built, five have been approved, and one is being discussed. A total of 35 stations are in use, and 4.5 lakh people use them every day. The project is owned by the Mumbai Metropolitan Regional Development Authority (MMRDA), and it is being carried out by the Mumbai Metro Rail Corporation Limited (MMRCL).

In Mumbai, the Blue Line was the first metro line to open for service. It travels 11.4 kilometres to connect Versova and Ghatkopar. With 12 stops along its course, the elevated Line was deemed operational in June 2014.

Line 2A & Line 2B are divisions of the Yellow Line. Line 2A has nine stops along a 9.50 km circuit and has been in operation since April 22. It connects Dahanukarwadi with Dahisar East. Line 2B, which would connect DN Nagar and Mandala, is still under construction. There will be about 20 stations along its 23.6 kilometer circuit.

The 33.5 km long Aqua Line, which connects Aarey Colony and Cuffe Parade, will mostly be an underground path. When fully functioning, it will have 27 stations.

The Green Line will likewise be split in half, just as the Yellow Line. Kasarvadavali and Wadala will be connected by the 32 km-long Green Line 4, which has 32 stations. Only two stops will be on the Green Line 4A, which will span 2.7 kilometres from Gaimukh to Kasarvadavali.

This line, which has ten stops, runs from Dahisar East to Aarey Road Junction. The line began to operate on April 2, 2022. It is an elevated railroad that extends for approximately 11.38 kilometres.

The Orange Line is the name of the route connecting Kapurbawdi and Kalyan APMC. This Line, which spans 24.9 kilometres, will include 17 stations.

From Swami Samarth Nagar to Vikhroli EEH, the Pink Line will run. There will be 13 metro stations along the 14.47 kilometer route.

The Blue Line’s first and last trains depart from Versova at 6:30 am and 11 pm, respectively. Trains run every four minutes during peak hours and every eight minutes during non-peak hours.

The Mumbai Metro runs through certain regions that are quite established, hence its impact has not been particularly noticeable. Fewer launches and less activity have occurred as a result of the lack of land banks in regions adjacent to the current routes. However, there is little doubt that the traffic congestion has decreased.”

Mumbai locals will have a less congested commute thanks to the metro. The impact will increase as the network expands, especially in light of its intended coverage throughout the MMR, including Thane. Maximum traction may be seen in the city’s Western Suburbs as further routes are planned. However, it has raised a new cess for buyers of real estate.

“The State government imposes a metro cess on property registrations in order to fund the metro system. While the metro connectivity is a plus, the buyers might not appreciate the additional 1% cess.”

Additionally, it will result in higher rents for businesses along its path, particularly those along the Mumbai Aqua Line, which links several commercial districts.

The largest housing market in the nation may be the Mumbai Metropolitan Region (MMR). The residential and commercial environment of the expanding city can benefit greatly from a significant infrastructural investment like the Mumbai metro.

Disclaimer: The views of this expressed above are for informational purposes only based on the industry reports & related news stories. Navimumbaihouses.com does not guarantee the accuracy of this article, completeness, or reliability of the information & shall not be held responsible for any action taken based on the published information.
TagsLatest updatesMumbai MetroMumbai's real estate markets
Back to top
Also Read 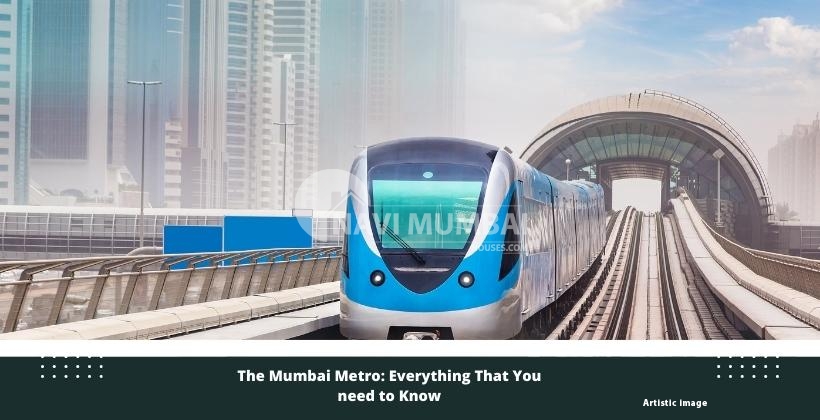 The Mumbai Metro: Everything That You Need to Know 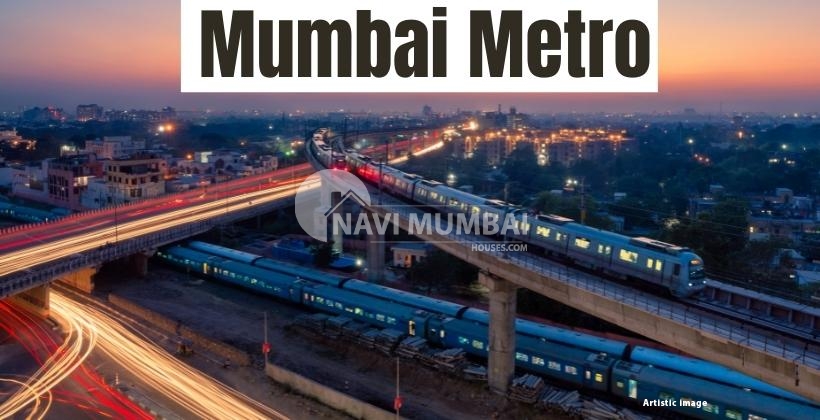 Mumbai Metro: Changing The Face Of Transportation In A Metropolitan Area