What exactly is force majeure, and how does it function in the Indian real estate market?

We explain how the force majeure provision, sometimes known as the ‘Act of God,’ works in real estate contracts. NCDRC states that builders cannot utilize the force majeure clause to get away with dereliction of duty.

The apex consumer panel has decided that real estate developers cannot utilize the force majeure clause to avoid paying refunds to property buyers where there is the apparent failure of duty on the side of the builder.

The National Consumer Disputes Redressal Commission (NCDRC) said in a case where buyers Naveen and Deepshikha Garg were demanding refunds from Orris Infrastructure due to excessive delays, that it is the builder’s responsibility to make realistic projections about the planning and execution of their housing projects. before they begin selling units and accepting payments under a legally enforceable contract

In its order dated March 25, 2021, the apex consumer panel also stated that builders must adhere to project delivery timelines as specified in builder-buyer agreements and that the buyer should not suffer as a result of projects being delayed for an extended period of time due to the builder’s fault.

The NCDRC confirmed the ruling of the Haryana state consumer panel, which had similarly ruled in favor of the Gargs, who had reserved a property with the builder in 2012 and paid more than Rs 66 lakhs in installments until 2014. The builder agreed to deliver the unit by May 2015 under the terms of the agreement signed by the two parties.

In December 2016, the buyers filed a complaint with the state commission, requesting a refund of their money as well as interest. Orris, in addition to opposing the appeal, volunteered to deliver the unit to the Gargs in April 2017. However, the customer refused to accept delivery of the item and instead wanted a refund.

The Haryana consumer tribunal ruled in favor of the purchasers, saying that customers could not be expected to wait in the event of excessive delays in project delivery, and ordered Orris to pay the initial payment plus 11 percent interest in July 2018. The builder subsequently petitioned the Supreme Court to overturn the state commission’s decision.

Are you looking for a 1 BHK Apartment on Rent in Kharghar Navi Mumbai? Then you may contact Navimumbaihouses.com the biggest portal to Rent / Sale / New Projects properties in Kharghar and Navi Mumbai.

Delays in government clearances are not covered by force majeure, according to the guidelines. Bombay High Court

Tuesday, December 11, 2020: The Bombay High Court (HC) has ruled that builders cannot deny the interest that they are obligated to pay to home buyers under the real estate rule, citing the force majeure clause in builder-buyer agreements, in a landmark decision that will provide significant relief to home buyers in stalled housing projects. Developers are required by real estate legislation to pay an 18% interest rate to house buyers in the event of a delay in providing unit possession.

The HC’s decision came while dismissing Westin Developers’ appeal against a Real Estate Appellate Tribunal judgement in which the body set aside a six-month grace period given to the builder by the RERA (Real Estate Regulatory Authority).

The HC found that the force majeure provision in normal builder-buyer agreements is nothing more than a standard clause that cannot provide the promoter with any grace period in terms of paying penalties to purchasers on its own. The court’s decision also means that builders cannot utilize this clause to explain project delays caused by delays in government clearances.

What does the term “force majeure” mean?

According to the Oxford Dictionary, force majeure refers to “unexpected events, such as war, that might be used as an excuse when they prevent someone from fulfilling something that is stipulated in a contract.”

According to Black’s Law Dictionary, force majeure is an incident that cannot be predicted or controlled.

“Such a clause is typical in construction contracts to safeguard the parties in the event that a part of the contract cannot be fulfilled due to factors beyond the parties’ control and could not be prevented by exercising reasonable care,” it states.

Legal experts believe that force majeure encompasses both unusual circumstances and natural catastrophes and that it frees the parties involved in an agreement from completing their contractual responsibilities due to events beyond their control.

However, for a situation to be classified as force majeure, several characteristics must be satisfied, such as the event’s externality, unpredictability, and irresistibility.

In the Indian legal system, there is no such thing as force majeure.

Despite the fact that force majeure has not been defined or addressed in Indian law, the notion of an unpredictable future occurrence is recognized in Section 32 of the Indian Contract Act, 1872, which discusses the ‘enforcement of contracts depending on an event occurring.’ It has also been discussed under Section 56 of the Contract Act, as part of the notion of frustration.

“Contingent obligations to do or not do something if an unpredictable future event occurs cannot be enforced by law unless and until such event occurs,” Section 32 states.

Section 56, which is based on the idea of frustration, states that a contract is null and invalid if its basic purpose is destroyed.

“Because there is no particular mention of the provision in the Indian legal system, parties must clearly state force majeure in their contracts in order to utilize it as a basis for not being able to fulfill an obligation,” says Brajesh Mishra, a Gurugram-based corporate law specialist.

It is worth noting that there is no provision in the Contract Act that exempts a party from carrying out a contract due to force majeure. This means that a contracting party cannot plead unusual circumstances as a rationale for avoiding paying; the responsibility would continue regardless of the force majeure.

“Force majeure cannot be used to excuse a party from executing its contractual duties altogether. This clause may only be invoked to stop that performance for a limited time,” argues Avneesh Kumar, an Allahabad High Court lawyer.

The Supreme Court declared in the Bhopal gas catastrophe case that an unpredictable occurrence cannot be used as a reason to not honor one’s an obligation. Force majeure can only be invoked as a defense, and the party claiming it must demonstrate that it used reasonable prudence. In RERA, there is no such thing as a force majeure.

The Real Estate (Regulation and Development) Act (RERA) requires builders to register all new projects with the state authorities and set a completion date.

Section 3 of the RERA states that “no promoter shall advertise, market, book, sell or offer for sale, or solicit anyone to acquire in any manner any plot, apartment, or building in any real estate project, without registering the real estate project with the Real Estate Regulatory Authority.”

If the builder fails to meet the specified project deadline, he may be asked to pay a penalty of up to 10 percent of the entire project cost.

The law, on the other hand, comes to the developer’s aid if unusual circumstances prohibit them from satisfying their responsibilities. Unlike the Contracts Act, which merely mentions force majeure in passing, the Real Estate (Regulation and Development) Act, 2016, recognizes and specifies the phrase in the context of project registrations.

“The registration granted (to a real estate project) may be extended by the (real estate regulatory) authority on an application submitted by the promoter owing to force majeure, in such form and payment of such fee, as may be established by regulations,” Section 6, Chapter-II of the RERA states.

It further states that the authority may, “under reasonable circumstances, without default on the part of the promoter, based on the facts of each instance, and for reasons to be documented in writing,” prolong the registration given to a project for as long as it deems necessary. “This extension should not exceed a duration of one year in total,” it states.

The RERA defines force majeure as “a situation of war, flood, drought, fire, hurricane, earthquake, or any other misfortune caused by nature impeding the regular development of the real estate project.”

While the term “epidemic” is not included in the definition, the phrase “any other tragedy caused by nature impeding the regular development of the real estate project” is understood to encompass epidemics and pandemics.

“The government’s declaration that project registration deadlines will be extended for six months is merely an enumeration of the obvious. “Because the phrase has been recognized and established under the RERA, the developer community was obligated to and is within their legal right to use the Coronavirus time as force majeure,” says Pranjal Kishore, a Delhi-based lawyer practicing in the Supreme Court. Even if not, the force majeure provision is generally included in all builder-buyer contracts.

If You’re Looking for a Rental home in Navi Mumbai We Have the Best Option For You 1 BHK Flat for Rent in Kharghar Navi Mumbai: https://navimumbaihouses.com/1-bhk-flats-for-rent-in-kharghar/

What effect would the force majeure clause have on house buyers?

The application of the force majeure clause would result in significant project delays. Worse, builders in less-affected housing areas would avoid paying any penalties since the center has provided blanket exemptions.

“Providing this assistance to builders in the National Capital Region (NCR) and Mumbai Metropolitan Region (MMR) makes sense, since both cities are contagion hotspots, resulting in development activity coming to a standstill. Even once the lockdown is lifted and building activity restarts, the large-scale migration of migrant workers will have a significant impact on the speed of the operation, according to Kishore. Offering blanket exemption to developers across the country may not be a smart idea, Kishore argues, because development activity is presently underway in green zones.

“At the moment, the most significant necessity of the sector is the supply chain, so that material delivery can be relieved and business at the building site can begin quickly. The largest problem, though, remains to maintain the availability of labor when activity begins. “Labor migration is a major worry for the restart of construction,” adds Nimish Gupta, MD, RICS South Asia.

According to PropTiger DataLabs, India’s nine main residential markets have over 16 lakh (16,08,237 total) home units under construction as of March 31, 2020. Nearly 37% of these units are concentrated in the MMR region, while 19% are located in the NCR area.

“The government’s policies may take some time to implement, which may cause delays in housing developments. The cumulative effect might result in project delays of three to six months,” Gupta says.

Buyers are concerned about more than just project delays. At a time when the majority of borrowers’ sources of income are being disrupted, there is little relief from the house loan load.  Even if the government has announced a six-month EMI moratorium for buyers, they would be required to pay extra interest in the future if they take advantage of the moratorium. In what appears to be a double blow for debtors, job loss due to unusual circumstances cannot be invoked as force majeure to avoid paying EMI.

Post Views: 537
Disclaimer: The views of this expressed above are for informational purposes only based on the industry reports & related news stories. Navimumbaihouses.com does not guarantee the accuracy of this article, completeness, or reliability of the information & shall not be held responsible for any action taken based on the published information.
Tagsforce majeure in Indian real estate marketreal estate news in navi mumbai
Back to top 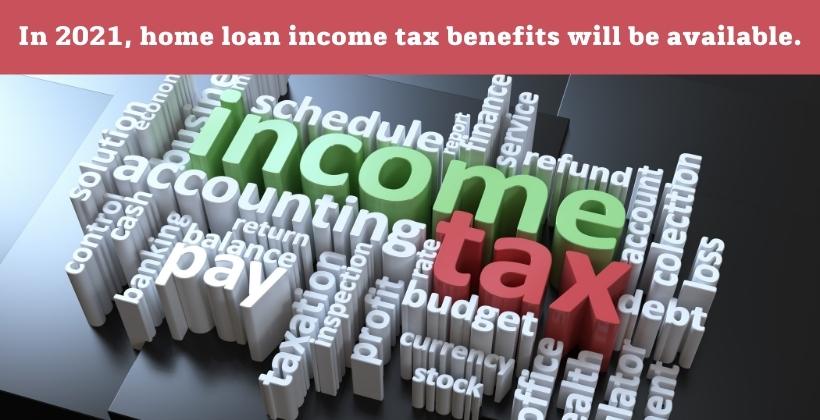