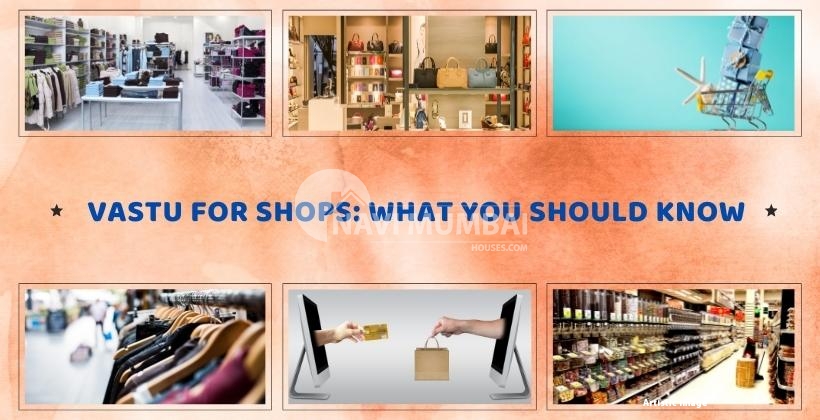 Vastu For Shops: What You Should Know

There is hardly any architectural design in India that does not follow the traditional Vastu Shastra guidelines. The texts of Vastu Shastra (derived from the textual parts of Vastu Vidya, i.e., the vast learning of architecture as well as design especially in India) have laid down the principles of spatial geometry, space arrangement, layout, directions, but more for any construction. The ‘doctrine of habitation’ and its accompanying scientific principles apply to businesses in the same way that they apply to our homes in exchange for peace, success, and harmony. Given that financial success is the ultimate goal of any business. Vastu for shops should be observed to ensure that not only is there optimism and cooperation at work. And also that the business’s economic security is preserved through steady income flow and prevention of financial problems. So, whether you’re looking to create a successful business environment, make sure to check out our Vastu tips for shops.

Are you looking for under-construction projects in thane?

Vastu for Shops: Directions for Success

According to Vastu Shastra, directions are extremely important. According to Vastu, the sun provided the optimal direction for the shop even in ancient times. Today, we have the compass to help us find our way about. For example, according to Vastu, the north direction or north pole provides amazing positive energy for individuals living or working. In a structure and is hence ideal for a business entrance. According to Hindu culture, the god Lord Kuber, who represents wealth, prosperity, and grandeur, rules over the north. Similarly, because it is controlled by Yam, the God of Death, the south direction is thought to bring evil portents. While we will go over the rationale and criteria for Vastu for businesses in this blog. It is always a good idea to double-check that all of the shop’s décor and elements conform to the Shastra or anthology.

As previously said, according to Vastu, the north is an excellent direction for shops. Kuber, a Hindu deity known for delivering prosperity and money, is the owner of this direction. This is why the direction with the most opportunities should be north. When it came to a shop, the entrance must be on the north side such that the positive vibes of the north may easily find their way inside. The Vastu regulation for a shop cash register also stipulates that it must be located in just such a way that it faces north whenever it opens.

A cashbox must never be positioned near a back entrance. A window, a ventilator, or the main door, according to Vastu regulations for cash boxes in shops. In fact, according to Vastu, the cash counter position in the business must never be near or against any of the shop rooms’ corners. Especially in the first or last rooms, because it is believed that riches will flow out if they are. Finally, the shop’s Vastu for cash counter must never be left unsupervised. Shop owners should fill this with silver or cash. And an idol of Lakshmi or even the god Ganesh, again for best results.

According to Vastu Shastra, Poorv, or East, is a very powerful direction. Lord Indra, the deity responsible for the planet’s overall prosperity and festivity, owns it. Furthermore, the sun rises in the east, a great natural force that keeps life on this planet going. As a result, the east is likewise regarded a beneficial direction for your company’s growth. Having doors, windows, and ventilation at home, for example, is beneficial since any obstruction in the east direction might cause issues in life. Similarly, in the shop, the shop owner should seat personally to the east. And the checker should place oneself to the south-east for increased wealth. In order to confront the north, the main door should face east to attract more customers, as according to Vastu plans.

Finally, in addition to a North. The East must be considered an ideal direction for placing lightweight things such as cookies, shampoo, water bottles, soft drinks, and other goods to be offered inside the shop.

Note that the idols of God Ganesh and Goddess Laxmi must not be placed on the left of the northeastern side, according to Vastu for shops. Then a modest temple and/or a copper pitcher full of the Holy Gangajal. The northeast zone must be kept pure and unadorned (holy water from the river Ganga). The Northwest facing shop Vastu, on either hand, is considered to be very unstable since it is owned by Vasudev. The Hindu god for wind or ‘Vayu,’ therefore can indicate that things act rapidly. As a result, it’s best to keep things that sell immediately on board.

Lord Varun, a deity responsible for renown, fate, and rain, owns the west direction. Which is revered for bringing stability into our life. Shop with a western aspect Given that now the light is set in the west and early solar does not reach the west zones. Vastu plans must include storage in the western zones while preventing any wide openings, as opposed to the east and north directions. In fact, according to Vastu, large entrances from the west undermine any chances of additional revenue. If you own a production plant, for example, you should start from the south and make your way to the north and west before approaching the east. To avoid poor luck and commercial losses, place any displays and heavy furniture inside the west or southwest zone. Rather, placing the gods’ photo or mandir inside the western direction is considered to be a good option.

South-facing shop Vastu layouts are generally considered to be bad. Considering that Yam, or the God of Death, is the owner of the south. Troubles for businesses can be as lethal as death. Including legal issues and retail abuses. South is also related with inhibitions in business, profession, or financial chances in general so because the equivalent for the south direction is Mangal. As a reason, it is better to store your wealth in the shop’s south, as closed places in the restricted southern regions aid in the storing of wealth in the affirmative energy. According to Vastu, heavy walls in the southern direction are also beneficial in warding off any adverse effects from God of Death.

You’re looking to Purchasing New Homes in Thane we have the best New Projects in Thane Like Ready to Move & Nearby possession:

Disclaimer: The views of this expressed above are for informational purposes only based on the industry reports & related news stories. Navimumbaihouses.com does not guarantee the accuracy of this article, completeness, or reliability of the information & shall not be held responsible for any action taken based on the published information.
Tagstips for buy new shopVastu for Shops
Back to top
Also Read