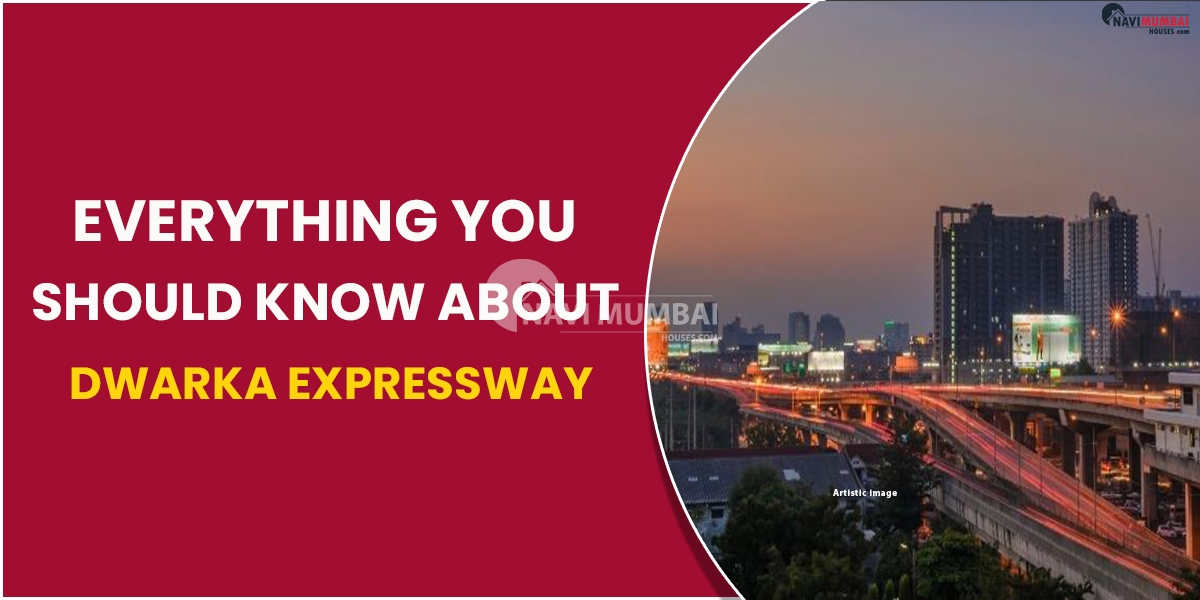 Everything You Should Know About Dwarka Expressway

The much anticipated 29.10 km long Dwarka Expressway, which will connect Mahipalpur in Delhi to Kherki Dhaula via New Gurgaon in Haryana, is now under development. The project, which is scheduled to be finished in December 2022, has already boosted real estate sentiment in various industries and is projected to expand the growth potential after it is finished.

The Northern Peripheral Road (NPR), often known as the Dwarka Expressway, was once slated to be an 18 kilometer length without any traffic signals. The project was expected to be finished by 2012; however obstacles with land acquisition caused delays. Inexplicable problems including tree transplanting, lawsuits, pandemic-induced lockdowns, and successive building restrictions to reduce air pollution slowed the work even though 14 km of the original 18 km were finished by 2016. However, several additional routes to the project’s scope were planned and approved throughout time, bringing its length to the present 29 km.

Construction on the remaining section of the Expressway in Gurgaon eventually started in November 2019 after years of delays, while it did so in Delhi in September 2020. The 19 km-long Gurgaon patch is now under development and expected to open in December 2022, while the 10 km Delhi patch will require some more time.

Are you looking for flats for sale in diva?

Dwarka Expressway: Overview of the Project

Details of the Dwarka Expressway’s phases

The project was previously broken up into four parts (referred to as a package here), two of which were located in Delhi and Gurgaon. One phase, nevertheless, was later added to it.

Numerous residential projects are being built along the Dwarka Expressway by renowned real estate developers. The Dwarka Expressway has expanded the options available to both homeowners and real estate investors. Both Gurgaon and Delhi are highly populated cities that draw working professionals from all across the nation. Property prices are high in both locations as a result of the existing real estate availability not keeping up with demand. However, because they are significantly less expensive than those in Gurgaon and Delhi, the burgeoning housing complexes along the Dwarka Expressway are thought to be able to meet the expanding demand.

Looking at the scope of real estate along Dwarka Expressway, several renowned developers.  These developments, which cater to mid-segment and high-segment groups and provide 2 BHK, 3 BHK, and 4 BHK flats with house prices ranging between Rs 20,000 per sq ft and Rs 50,000 per sq ft, are dispersed in different areas along the Expressway. As the expressway’s completion date approaches, most of these sections have seen significant price increases. There are various initiatives here for affordable housing. These regions have excellent e-way connections to Delhi and Gurgaon. The rental demand in these places isn’t on par with that in more developed neighborhoods, but it is anticipated to increase as the stretch becomes more accessible.

March 2019: Nitin Gadkari, a minister for the Union, laid the foundation on March 8, 2019. The majority of the building contracts have already been given out, and work is anticipated to start soon.

August 2019: The Delhi Government authorized Package 2 of the Dwarka Expressway, and preparation work for Package 2 began.

February 2021: Accomplished more than half of the building work. Additional routes have been suggested and are likely to be approved by August 2021.

March 2021: By August 2022, the expressway is anticipated to be completed.

September 2021: By September 2022, the expressway’s cloverleaf segment is anticipated to be finished.

By December 2022, the 19 km length in Gurgaon is expect to be operational and is nearly finish. Although the last 10 km of the Delhi length have not yet been declare complete, there are many rumors that with the current rate of construction, it might be accessible to the general public by the middle of 2019. Only then will the whole stretch of the Dwarka Expressway be operational.

Connectivity is a key consideration when purchasing a property, whether it is from an investment standpoint or an end-user perspective. This is the reason why individuals seek to buy property near busy expressways. People benefit from excellent connection and well-planned, world-class infrastructure, thus these regions are always on purchasers’ radars. Due investigation and careful financial planning should always be done before investing in any property. The Dwarka Expressway is also anticipate to gain from ribbon development.

Disclaimer: The views of this expressed above are for informational purposes only based on the industry reports & related news stories. Navimumbaihouses.com does not guarantee the accuracy of this article, completeness, or reliability of the information & shall not be held responsible for any action taken based on the published information.
TagsDwarka ExpresswayExpressway
Back to top
Also Read