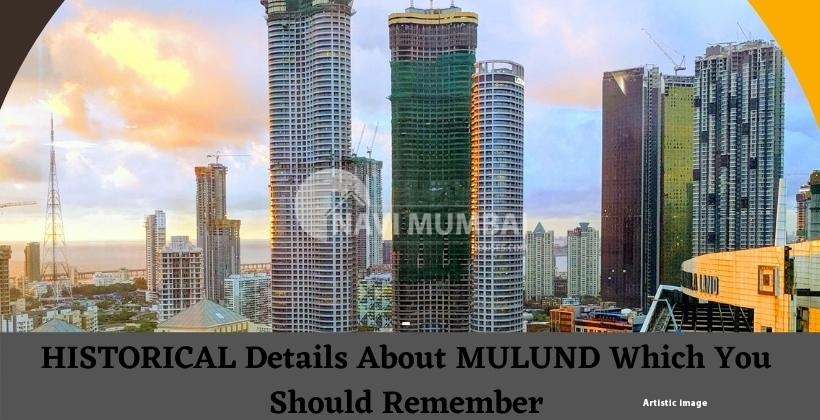 MULUND :- Historical Details About Mulund Which You Should Remember

Mulund, located in the northeastern section of Mumbai, Maharashtra, is one of the city’s most populous suburbs, with a population of over 3 lakhs. Mulund is known for its well-planned layout, which has been reproduced by other housing complexes under construction. Are You Looking For Flat in Mulund ?

While Mulund is a modern suburban neighborhood, it has a lengthy history dating back to the Maurya dynasty’s rule in India. Isn’t it thrilling? Let us learn more about the history of this prominent Mumbai suburb. Significant Mulund’s history may be traced all the way back to the Maryan Empire. Mulund is Mumbai’s first planned suburb, with a gridiron layout built by architects Crown & Carter in 1922 that stretches from Mulund station to paanch Rasta.

Mulund had a cosmopolitan mix of inhabitants, including a considerable number of middle-class residents and various industrial plants along L.B.S. road, including pharmaceutical corporations Hoechst, Welcome, G, likewise, Mind, and Johnson & Johnson. Richardson Cruddas, Bombay Oxygen, Chicago Pneumatic, ACC, Agfa & Gabriel, and other engineering firms Eventually, these industrial units closed their facilities and relocated from Mulund, and some of the factories were turned into enormous retail malls and vast social complexes with beautiful resident flats, transforming Mulund into the new Mulund.

Mulund’s History in a Nutshell!

Here are some amazing facts regarding Mulund’s past:-

Mulund’s history may be traced back to the country’s Mauryan reign. Muchalind was the name of the neighborhood at the time, which evolved into Mul-kund and then Mulund. The region has also been referred to as Manglapuri throughout its history. Mulund may have changed its name and character throughout time, but it is still a vital part of Mumbai.

Mulund is known for being the first developed neighborhood in India’s financial capital. The architects Crown & Carter were commissioned by a landlord called Jhaverbhai, the proprietor of Narottamdas and Company, to construct a well-planned neighborhood in the year 1922.

As a result, Crown & Carter laid out Mulund in a gridiron pattern, with streets that ran perpendicular to one other. 2bhk flat in mulund, the vestiges of this proposed structure may still be seen today on the roadways linking Mulund Railway Station and Pancha Rasta Road.

Mulund is a pharmaceutical industry hotspot, with multinationals like Johnson & Johnson, GlaxoSmithKline, and Hoechst operating plants there. Mulund’s manufacturers have given way to commercial facilities including as malls and restaurants, as well as housing projects, throughout the years. The Johnson & Johnson plant, on the other hand, is one of the suburb’s most recognizable landmarks. 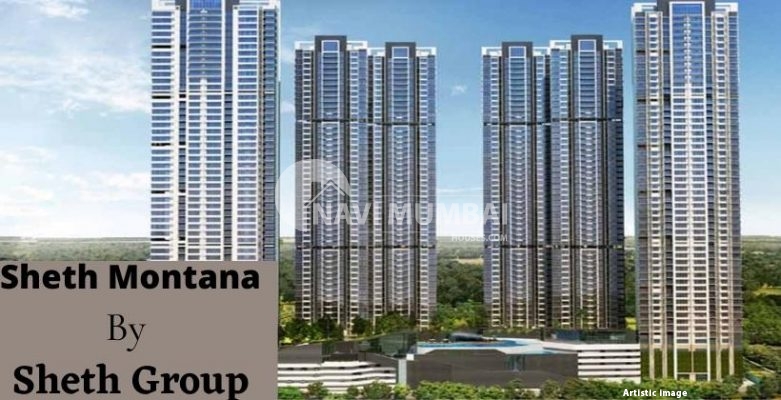 Western Mulund is a significant Maharashtra suburb recognized for its libraries, educational institutions, and ever-expanding transit options. The key linking roads in the region are LBS Road and SGG Road. Mulund (West) is well-connected to neighboring suburbs and cities, with easy access to the Eastern Express Highway. A railway station on the Mumbai Suburban Railway’s Central Railway line is located in the Particularly area. Because of the well-developed infrastructure, improved connectivity, and availability of inexpensive houses, purchasers are already exhibiting interest in the region.

Sheth has worked on a wide range of projects in India and internationally, including residential, commercial/IT, retail, and township developments. Each Sheth project is designed to last a lifetime and even beyond the current generation’s expectations. Sheth Group, an Ashwin Sheth enterprise, was founded in 1986 and has a well-known reputation in the real estate market. Its identity is anchored in innovative designs combined with current thought.  Through smart planning, continuous attention on quality, and customer-oriented designs, the firm has built some of the largest townships, significant complexes, and tallest skyscrapers since its founding. Shapoorji Pallonji Codename Mumbai Dreams is the name of the project. Additionally The project is now in the pre-launch stage, Hence  individuals looking for a great house in a rapidly developing region may consider this township. Generally  Mumbai Dreams is the codename for Shapoorji Pallonji. In today’s world, finding an ideal house in a city like Mumbai is considerably more difficult, if not impossible. Limited land availability, high costs, and the desire to have the nicest home are all obstacles to owning a home in this area. Generally There are undoubtedly many developers that provide various plans in various places, but the majority of these projects are presently located on the outskirts of cities and in developing areas. However, for those who are truly interested. Furthermore the Mumbai Dreams Project Correspondingly Above all. 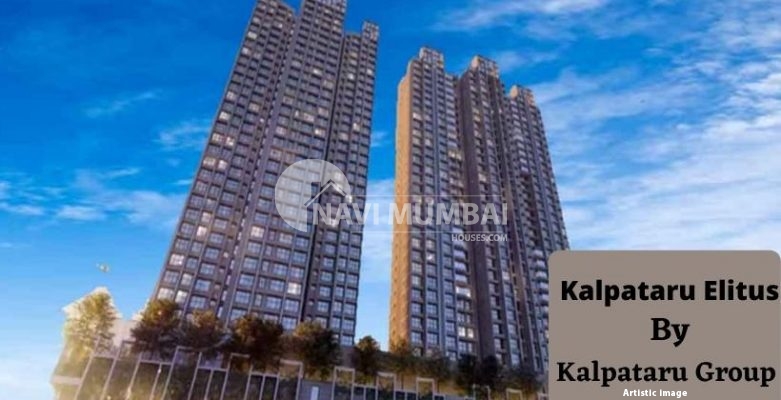 Kalpataru Elitus is a residential development by Kalpataru Group in Mulund, Central Mumbai suburbs. Apartments with a great blend of contemporary architecture and features are available as part of the project, ensuring a comfortable living environment. Specifically The apartments are available in the following layouts: 1BHK, 2BHK, and 3BHK.

A wonderful neighborhood is as much about what’s on the inside as it is about how well connected it is. Kalpataru Elitus is strategically located on LBS road and is surrounded by infrastructure that allows it to connect to the outside world. There are seven distinct community zones. Three contemporary multi-story skyscrapers,  each with its own drop-off.

The Kalpataru Group, which was founded in 1969, is one of India’s largest real estate development enterprises. It has successfully produced several landmark projects and established new real estate industry norms. The company takes a unique approach, focusing on building residential and business environments that provide the most value to clients. The group’s defining characteristics are quality, ethics, humility, and transparency. It aspires to be a brand known for its well-thought-out, high-quality, and unique living environments.

You’re looking for Purchasing New Homes in Mumbai we have the best New Projects in Mulund Mumbai Like Ready to Move & Nearby possession:  https://navimumbaihouses.com/properties/search/mulund/

Disclaimer: The views of this expressed above are for informational purposes only based on the industry reports & related news stories. Navimumbaihouses.com does not guarantee the accuracy of this article, completeness, or reliability of the information & shall not be held responsible for any action taken based on the published information.
TagsHistorical Details About MulundMulundMumbaiNew Projects in Mulund
Back to top
Also Read 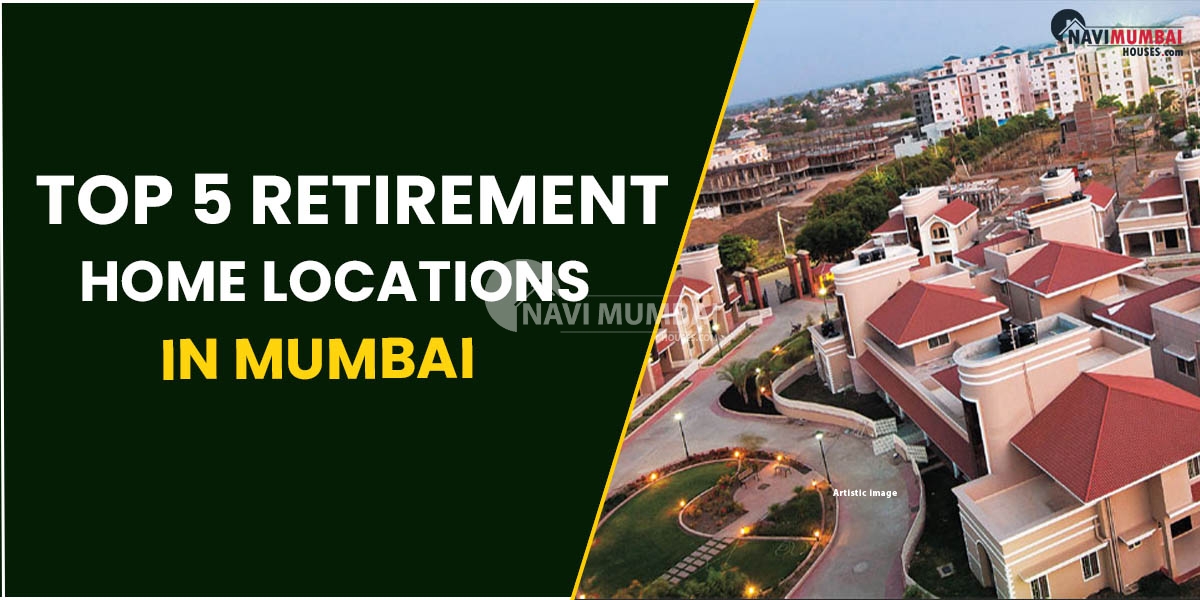 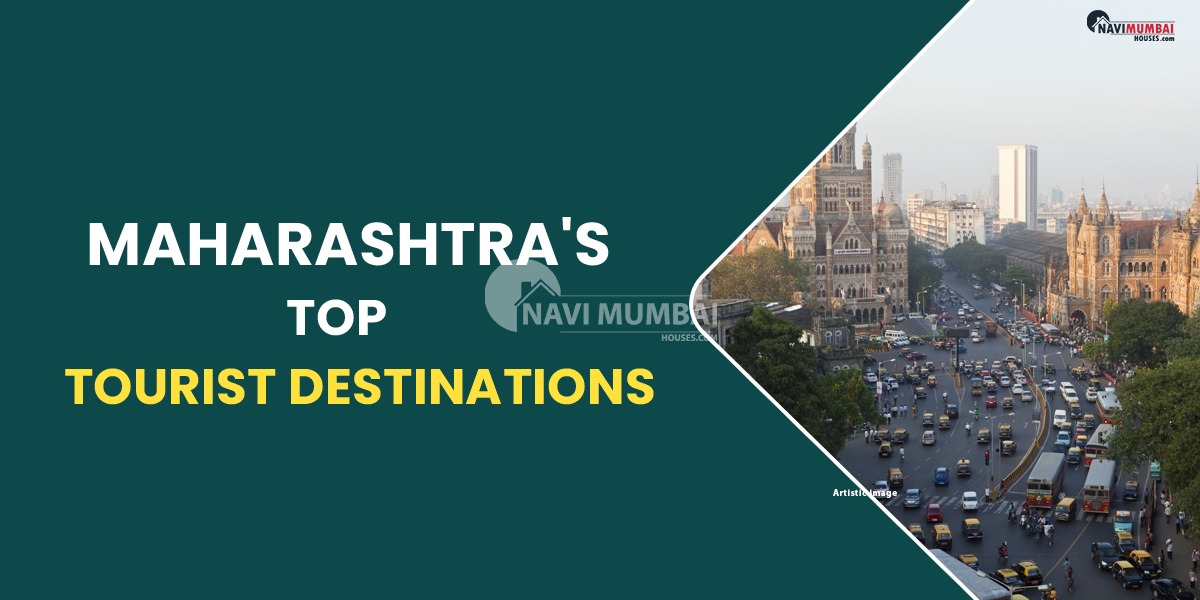